The Universe had something to say...

I work in a Maximum Security prison for youth.  So that means that each day when I get to work, I have to pass through a heavy gate in the 30-ft. high chainlink fence topped with a roll of razor wire, The gate only opens with visual identification from the guard booth.  Then I walk 20 feet or so to another heavy gate in another 30-ft. high chainlink fence topped with another roll of razor wire.  And that brings you onto some pretty nice grounds, all sectioned off with chainlink fences and razor wire. But being that we are in the country, we have the requisite fire pond out front, and a lot of resident Canadian geese who have decided to permanently re-locate to the countryside.

After passing through all the security devices, we must all be wanded to make sure we aren't bringing in a saw blade or some such thing (don't laugh...it's happened-up North, in the "grown-up" prison).  It's a pretty awkward few moments as some man you barely know waves a large beeping device up around your boobs and between your legs, so most of us attempt some sort of small talk to make it less weird.

The other day, a colleague tried this:  "How the heck did the geese get in here?  I mean, who let them in???!"

(She was, sadly, referring to the geese who were inside the perimeter, instead of outside on the fire pond as she expected)

So, we all waited a minute to see if she was kidding, and then gently replied, "They flew in."

She looked blank.  I don't think she believed us.

Needless to say, we all laughed hysterically once we were out of earshot, and  several of us spent the entire shift repeating, "How the heck did the geese get in here?" and erupting into peals of laughter.  I confess - I was one of them.

Not exactly mature behavior, but it makes the time go by.  And I didn't regret it a bit.

When I got home, I went down cellar to start a load of laundry, and something very large flew very close by my head.  WTF??!??  I went back and turned on the light, and then I saw it and said, "How the heck did that goose get in here???!??"

Nobody replied.  (of course) And then it struck me.

So what WAS flying around my cellar?  It was a young female Hooded Merganser duck.  She had fallen down the furnace chimney and out the little door for cleaning ashes.  A few frantic laps around the cellar, and I finally caught up to her. 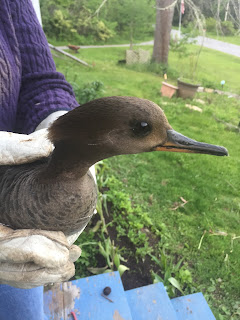 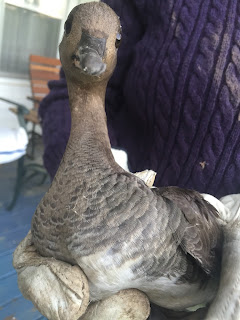 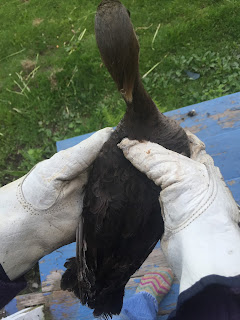 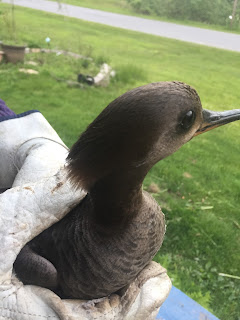 After removing the great quantity of cobwebs she had cleared up for us, we let her go off the front porch, and she took off like a shot.
Posted by melanie at 10:00 PM

She's a pretty thing! Glad you had to do laundry so you could rescue her! 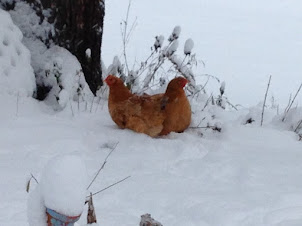 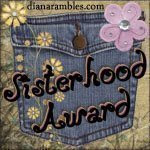 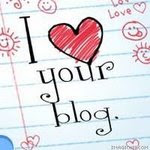